Tiny Tidbits of my Time

We aren’t sure where the idea came from, but Will requested to be a shark for Halloween.  Thanks to Old Navy for carrying an adorable shark costume this year, his wish came true.  After we purchased the costume he did teeter a bit between being a shark and Spiderman, but was sufficed by saving Spiderman for next year.  I went with his interest in sharks and found this cute book at the library, I’m a Shark by Bob Shea.  This “totally awesome shark” (as he calls himself) is not afraid of anything.  He brags to his sea creature friends about his bravery until they bring up the subject of spiders.

For our project I found a very fun shark project at I Heart Crafty Things.  This site has the directions to make the Mr. Shark Chomper Game.  I also found over at Frogs in my Pockets downloadable flashcards to play the game.  The project was a lot of fun, but not nearly as big of a hit as the game was.  Don’t you love it when kids just love a learning game. 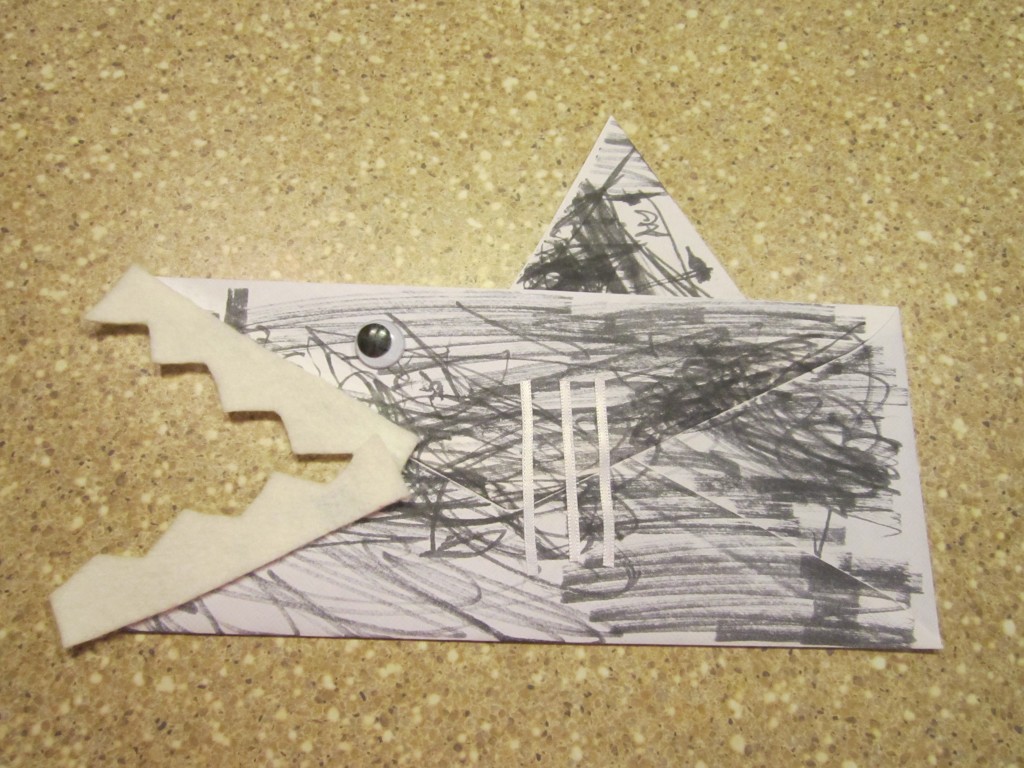 a strip of white felt 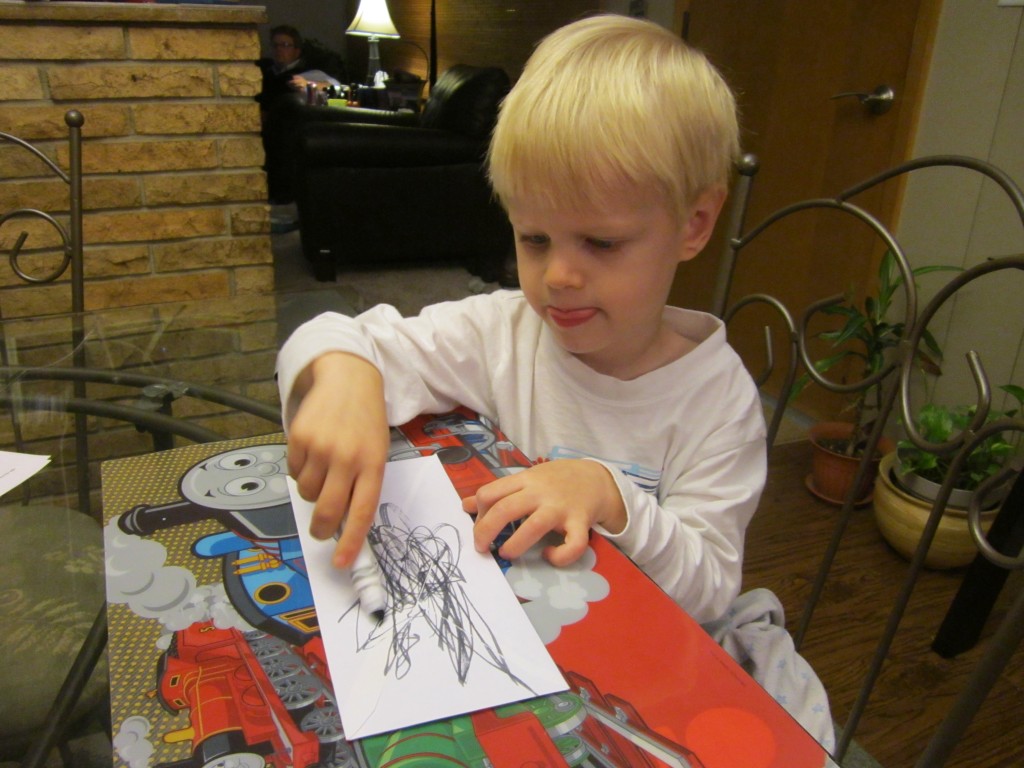 1.  First seal the envelope and color it gray.

2.  Cut a triangle piece out of one side of your envelope to make the mouth/fin.

3.  Take the triangle piece you cut out, put some glue on the inside of it to seal it together, and then glue it to the back of the envelope to make the fin.

4.  Hot glue on the large wiggle eye and the 3 pieces of ribbon (gills)

5.  Cut out two strips of felt the same length as the mouth and cut with a zig-zag to make teeth.  Hot glue them to the mouth. 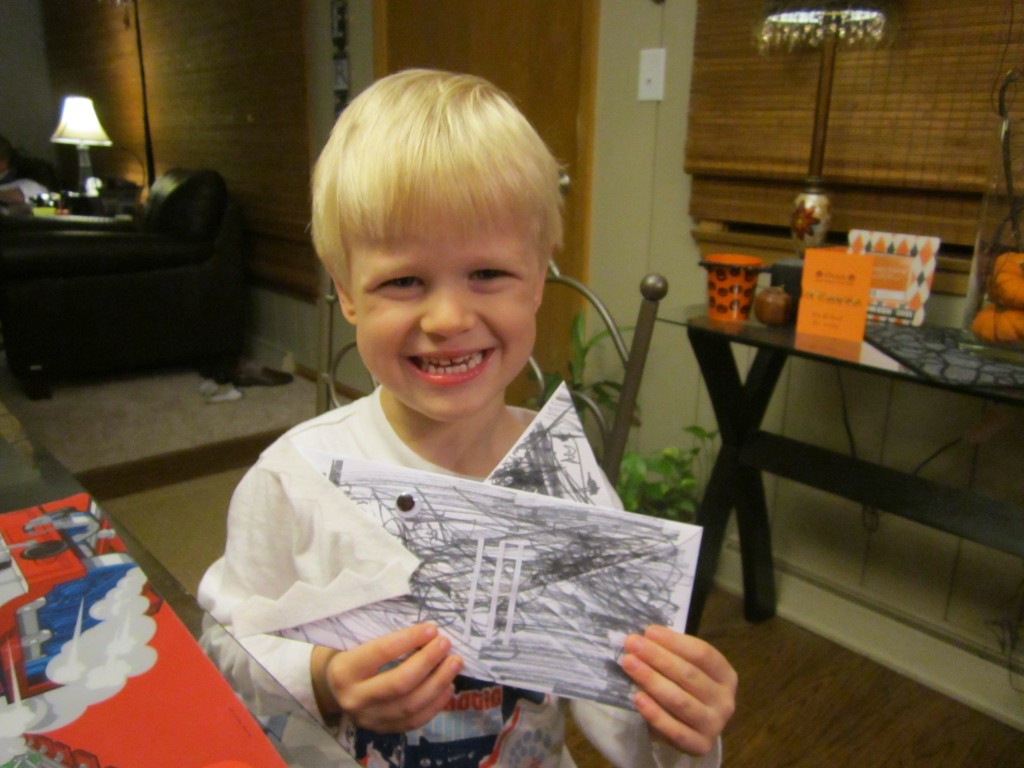 Now for the Alphabet Chomper Game!  Decide what skill you want to work on (alphabet letters, numbers, sight words, colors, counting, etc.).  Print out flashcards with the skill on cardstock.  Lay the flashcards out on the table or floor.  We started with the capital letters last night since I knew he would be successful with those.  I layed about 5 or 6 letter cards out at one time, so it wasn’t so overwhelming.  Next, I said, “Mr. Shark wants the letter ____.” or “Mr. Shark is looking for the letter that makes the _____ sound.”  Will would pick up the letter and put it in the shark’s mouth.  If your gently squeeze the sides of the envelope the mouth will open.  After Mr. Shark ate the 5 or 6 cards he would burp and spit out those cards (this was the favorite part of the game for sure!).  Then Will could hardly stand it until we had the next set of card set out to play again. 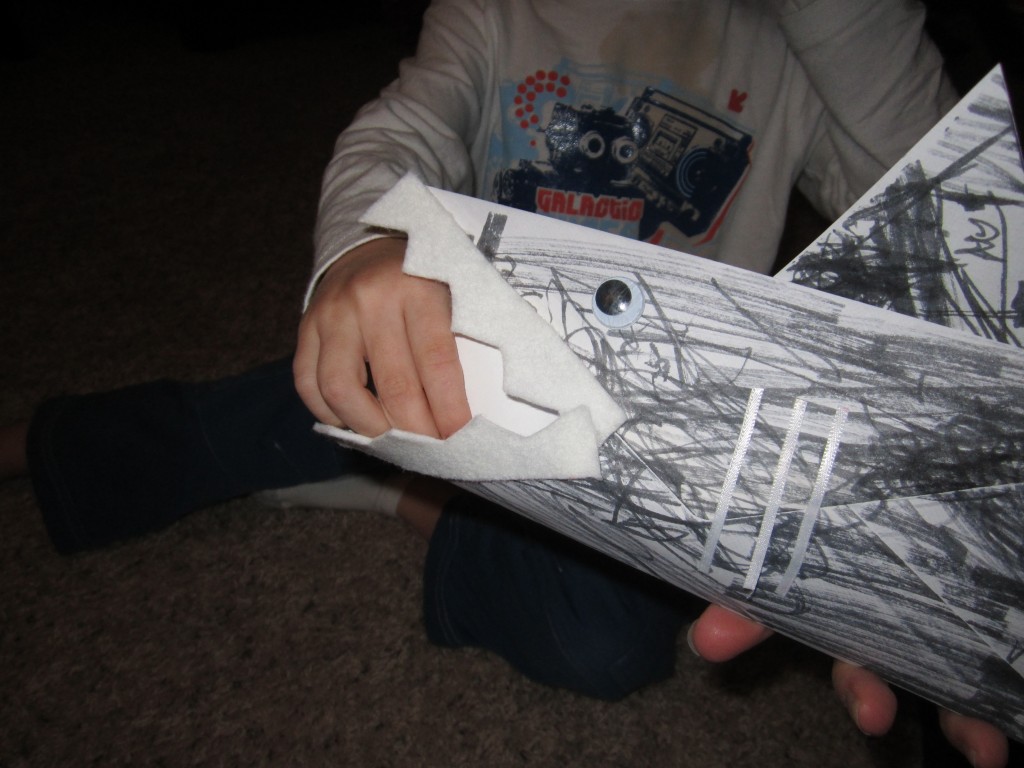